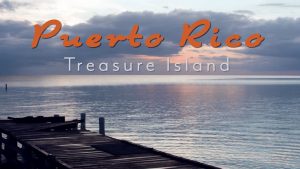 Aside from its 430 kilometres of golden sand coasts, Puerto Rico hides a colonial treasure of untold wealth. In the capital city of San Juan, signs of its 16th century origins remain as well as colossal fortresses, earning it a UNESCO World Heritage Site designation.

Nestled in the Caribbean Sea, this island is a water sports paradise, renowned for diving, sailing and deep-sea fishing. It is also home to one of the rarest bioluminescent bays on the planet, not to mention a massive rainforest and spectacular caves.

Even if it is an American territory, its culture and traditions are unique, with a thriving artistic, musical and culinary scene, rich and colourful.