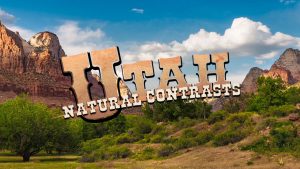 Utah is renowned for its contrasting geological diversity, delighting tourists and sports enthusiasts, from skiers to mountain biking aficionados.

On one side, snow-capped mountains surround the capital, Salt Lake City, host of the 2002 Winter Olympics. On the other side, arid deserts give way to rock formations, spectacularly shaped by time.

The Arches and Bryce Canyon National Parks are just two examples of this surreal canvas, peppered by colourful limestone spires, with hues of ochre, pink and white. Who amongst us hasn’t dreamed of the American Wild West, as seen from Monument Valley?

Utah’s geological diversity is in contrast with its people, who for the most part live in urban areas and share a Mormon faith.

Vietnam: In the Eye of the Dragon

The Great North: From Greenland to Siberia